Yesterday night i sent a message to Srawan to go for a hiking. He then replied me today at 11AM with a plan to hike to Pumdikot. It was a new place to me, whereas he has been there previously. I then reached to Srawan’s house at about 12:00. I kept my Scooter there and then we started our journey. We made a decision to take his dog with us. 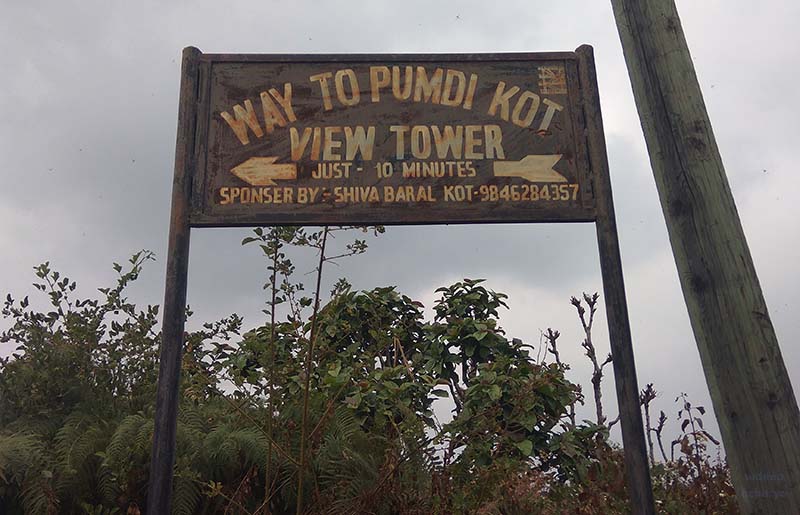 Board showing way to Pumdikot 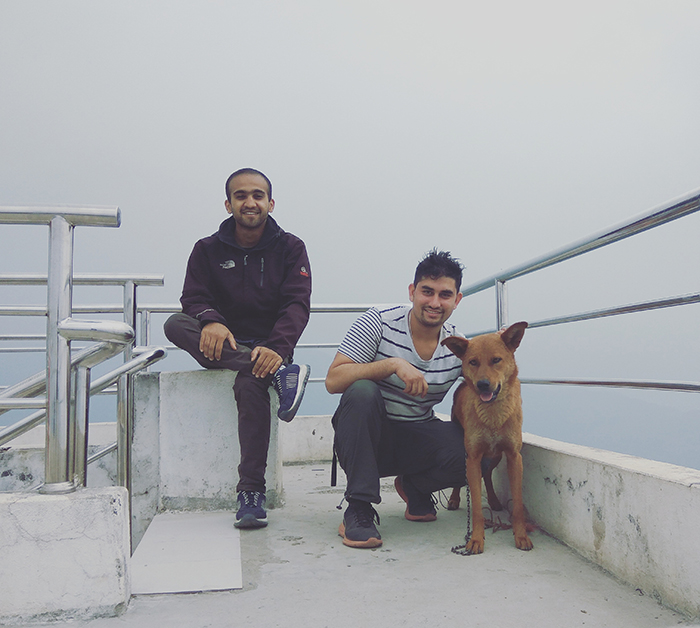 Today the day was cloudy and foggy. There was no sun so mountains were hidden. We missed the mountains in the photo. From the top of view tower we could see Sarangkot and other places near around Pokhara Valley. It is so peaceful and calm in that place. We enjoyed the view for about half and hour. 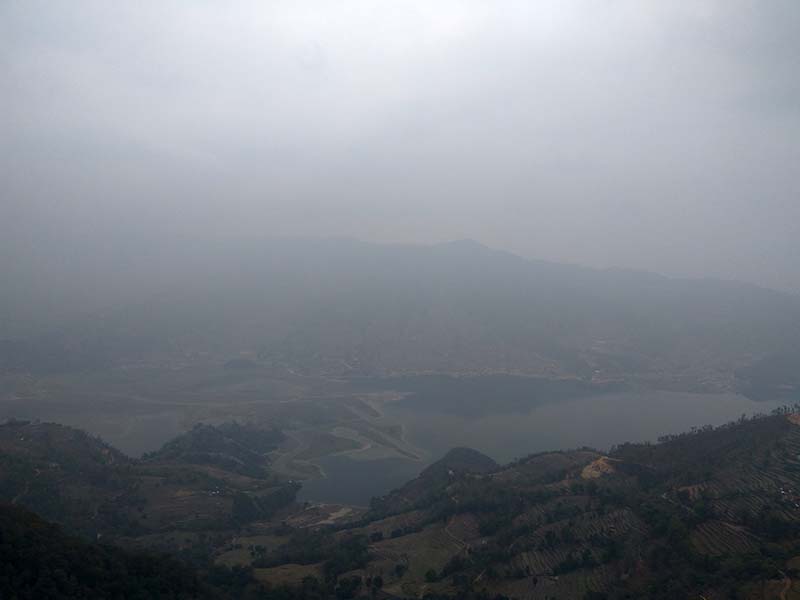 View of north as seen from Pumdikot view tower 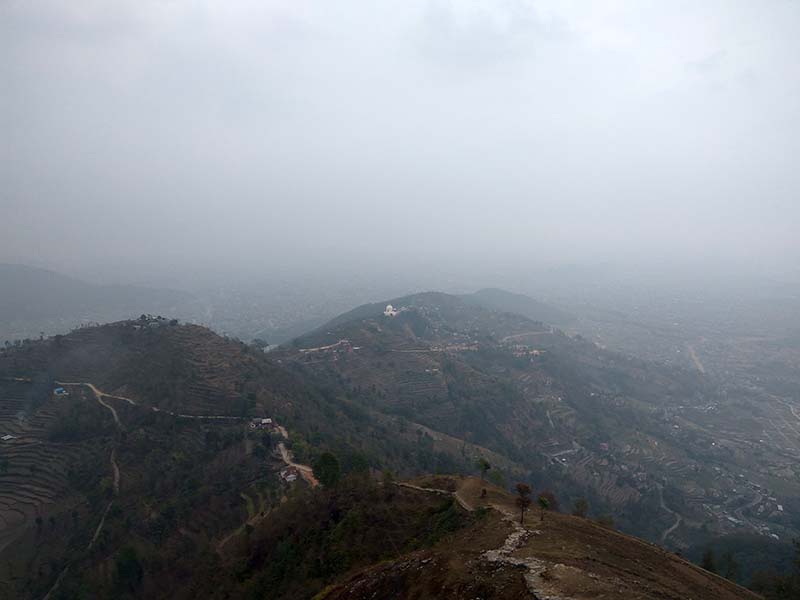 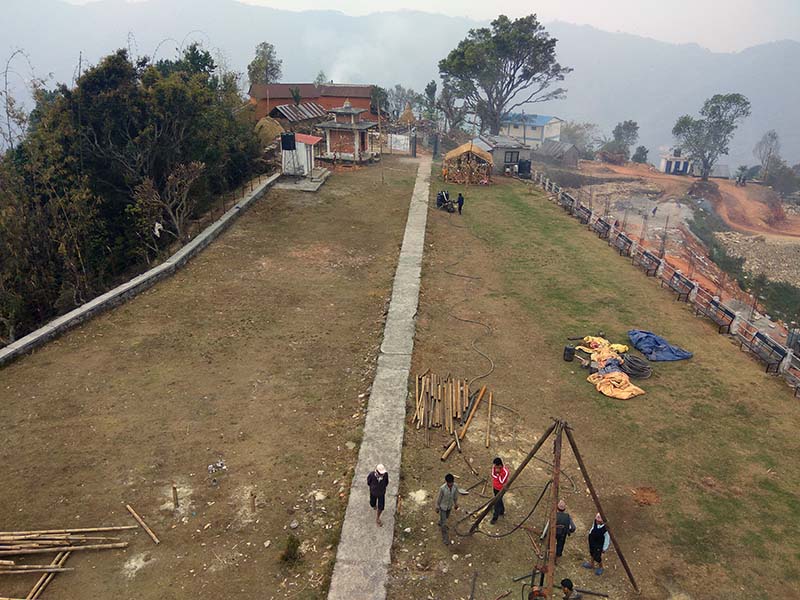 We then went to hotel which was the only hotel that we could see. It was inside the gate area of view tower itself. We ate noodles and feed biscuits to the dog. At about 4:00 PM, we started to walk back.

Returning back from Pumdikot view tower 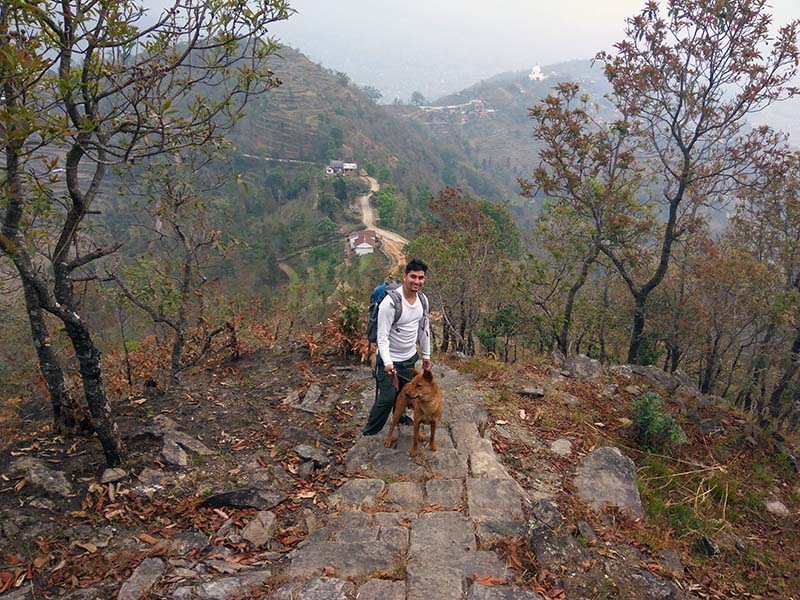 Srawan with his dog while returning back from Pumdikot view tower

While returning back after we crossed the Peace Pagoda, we had some incident. When we were in the road of jungle, we had decided to unchain the dog. Because of being unchained the dog could move freely. We were walking slowly and the dog was something like 5 meter ahead of us. It saw the rabbit on the way and it attacked the rabbit and ran by catching the rabbit in its mouth. We tried to save the rabbit but it was already dead when we got the dog.

We then decided to take the dead rabbit to home and give it to the dog. We continued our journey back to home. During our return we had to deal with other street dogs which were so aggressive to attack our dog. When we were home it was around 5:45PM.